Beat Your Neighbor fertilizer will make a BIG difference in how your flowers look and grow.
Give us a try! You won't be disappointed. Thank you for supporting small family business.

So, recently we were out kayaking at our favorite location and my wife spotted a plant that she remembered seeing a Facebook post about. She brought us over to the peculiar looking weed and said "Do NOT touch this. It is not Queen Anne's Lace." 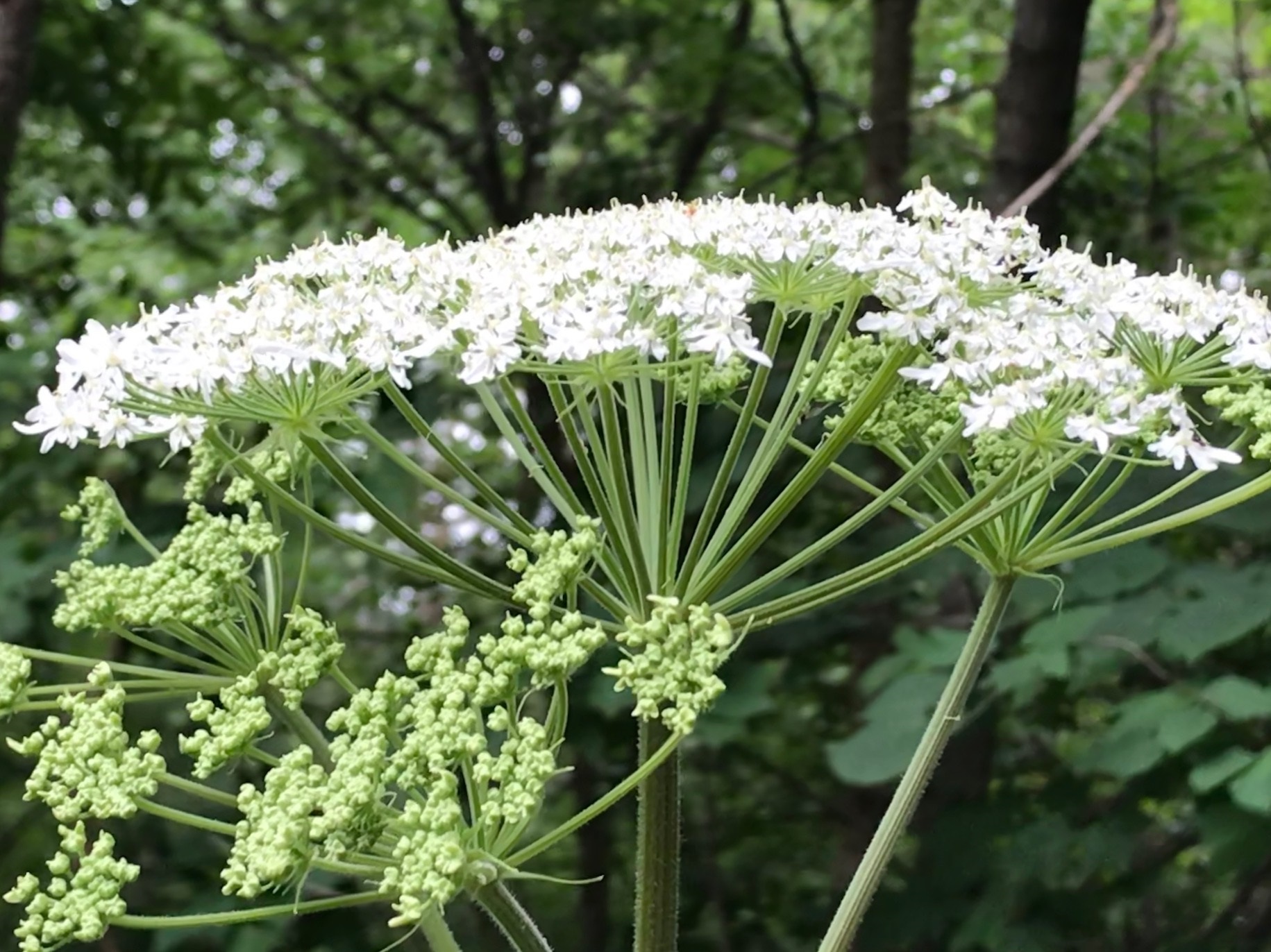 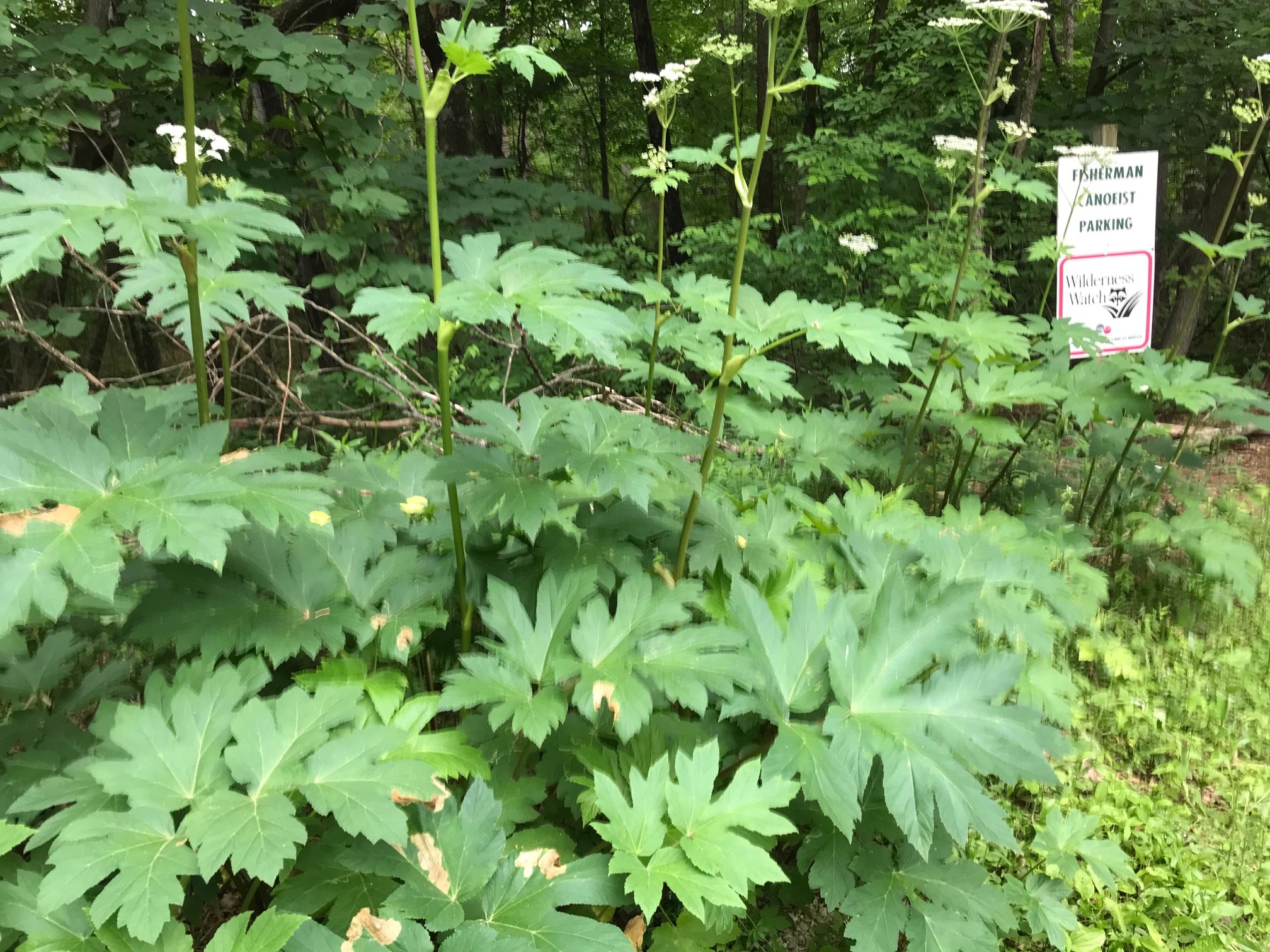 Had she not said this, my curiosity probably would have kicked in to touch the tall, looming plant. The leaves are huge, unlike anything in our mid-west forests and give a tropical, jungle look as it towers over you, maybe 7 or 8 feet tall. At first look I probably would have thought it to be some form of super Queen Anne's Lace, which is not dangerous at all, just a pretty weed that grows in ditches all over our local area. But Giant Hogweed is a different beast and I had no clue as to its danger.

The Giant Hogweed is a noxious, invasive weed, but the real danger is in its sap that can burn the skin, cause permanent scarring and even blindness if rubbed against the eyes. Brushing your skin up against its bristles on the stem can cause third degree burns for humans and animals alike, so watch out for your pets too as you hike around in the woods. I know my dogs can trample right through poison ivy with no effects at all, but a quick internet search will bring up a lot of horrific pictures of kids, adults and several dogs with blistering noses from coming in contact with the Giant Hogweed.

The plants that we came across were right at the edge of the woods, preferring to be closer to the open, basking in the sunlight, right next to the portage trail for our kayaking adventure. 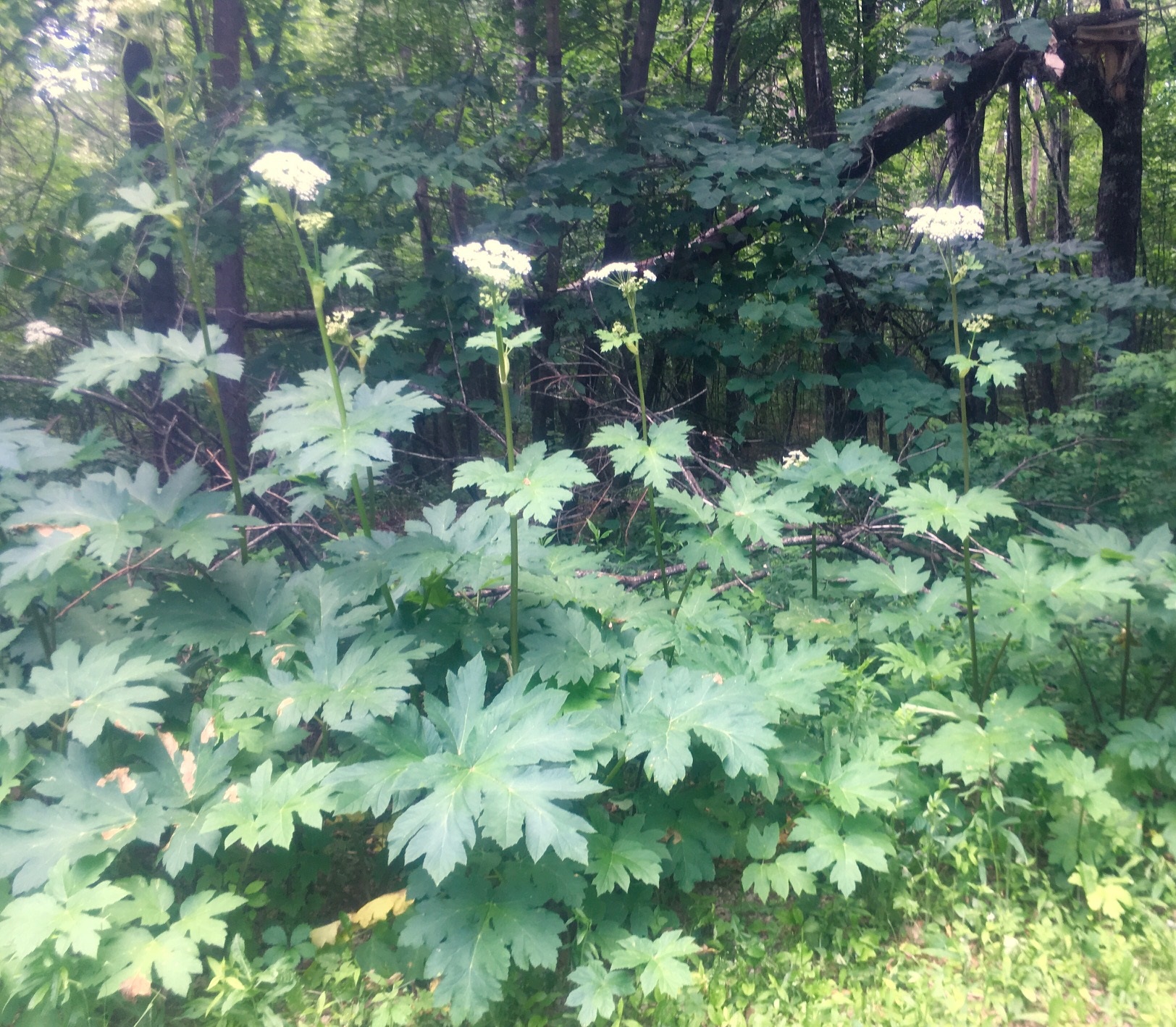 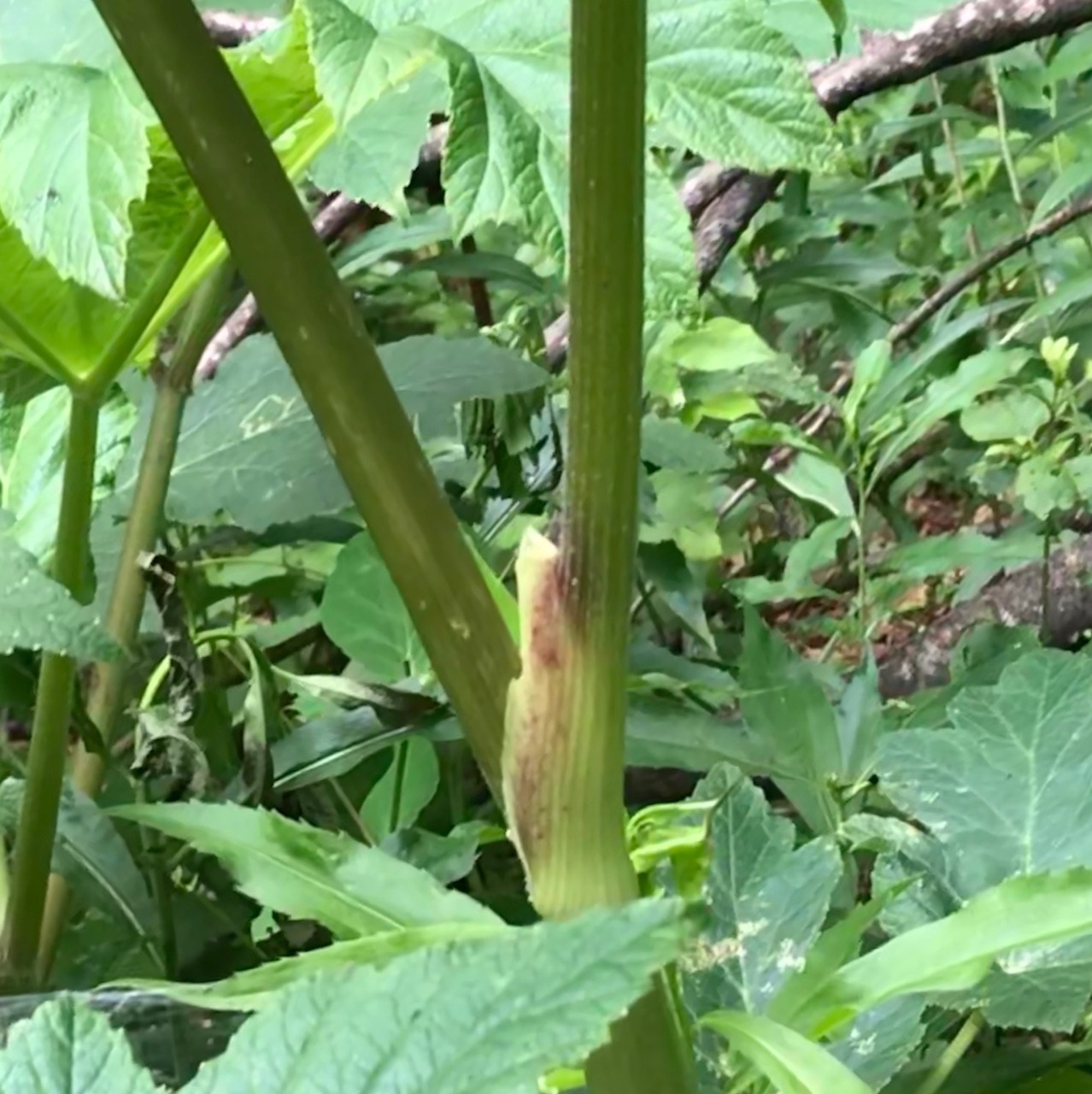 So, hopefully this helps you to identify this plant in case you come up close to it like we did. I'm glad my wife had taken time to read further in one of those Facebook posts that you never know if they are true or not. Turns out that this one was and may just have prevented me from a very painful adventure. 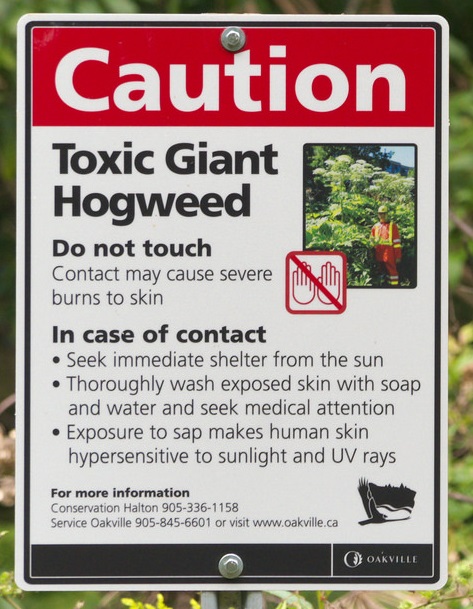 The New York Dept. of  Environmental Control has a lot more info and identifying features at their website: