Several years ago we built a waterfall feature in our front yard. It was a very daunting task I might say and I learned a lot and as much work as it was I really was pleased with the way it turned out. The one thing that I couldn't have predicted was the maintenance to keep it working as originally intended.

Only a few years into use, our nice waterfall started leaking into the ground. That meant that every day I would have to add water just to keep it flowing. There was a natural evaporation that occurred, especially on hot days, but with a leak in the liner it took about a hundred gallons every single day, and usually by early afternoon the pump at the base would be sucking air requiring another fill up.

I took the waterfall apart and replaced the liner, but that only lasted so long before another leak formed and I was back to the same game of fill it up twice a day. I shut it off and pulled the pump and decided to re-purpose it.

I figured it would look beautiful with flowers and that the catch basin and top water spill portion would work perfectly. I decided the top portion would get Easy Wave petunias and the existing catch basin would be filled in and planted with a mix of wax begonias. Both are easy care plants and would pretty up the area.

We took photos of how we planted up the old waterfall below: 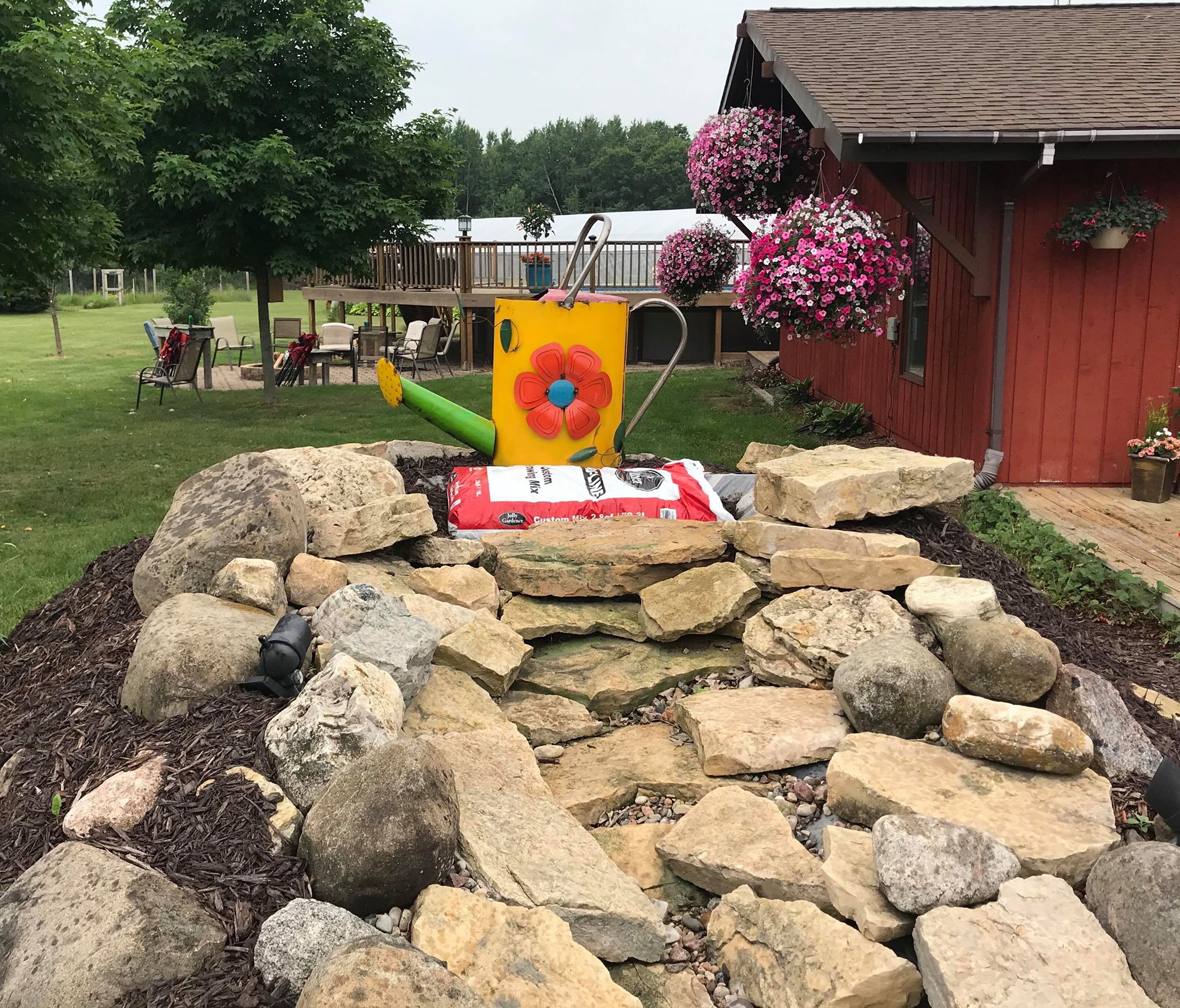 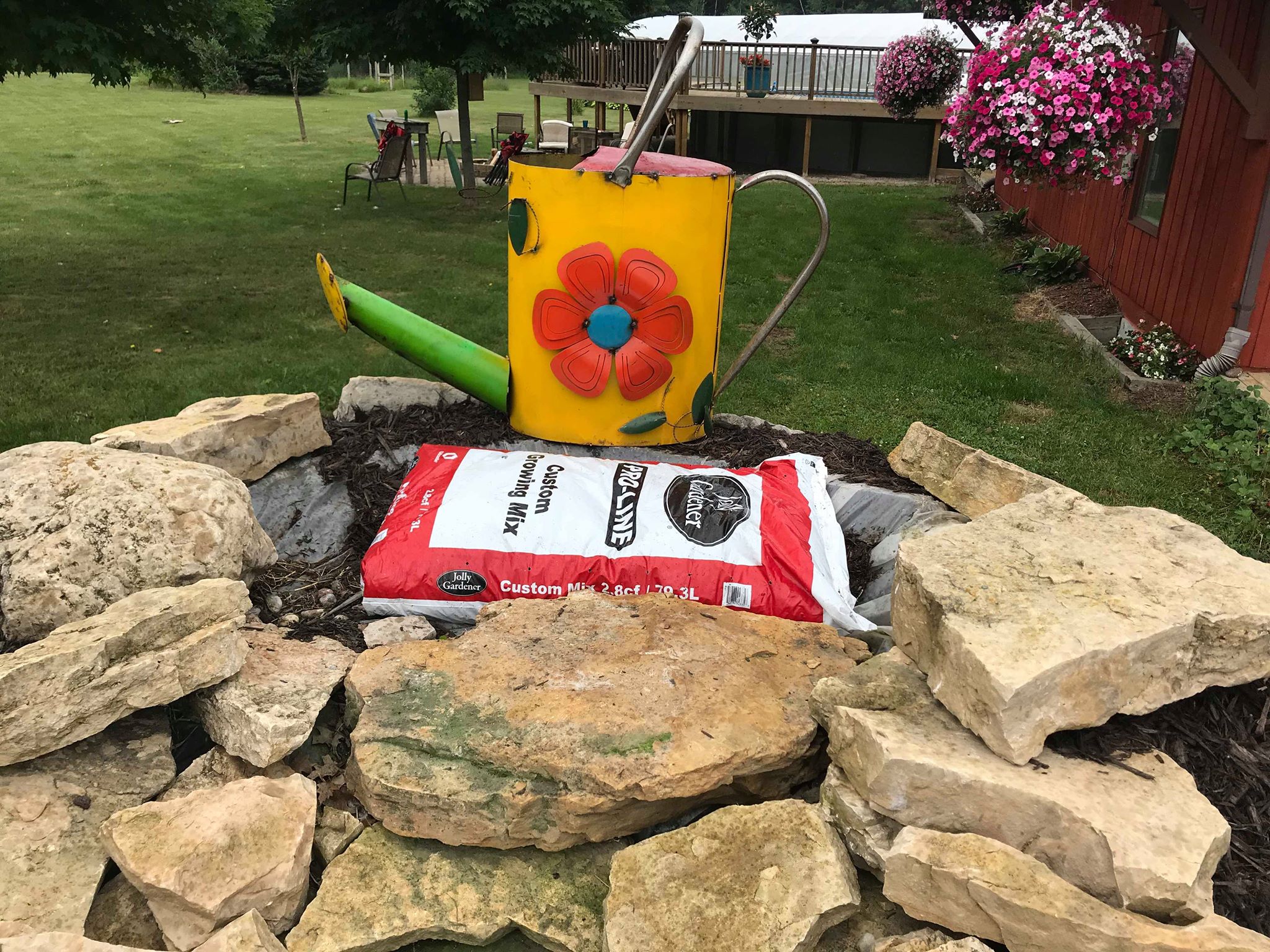 Closer look of the bag sitting in the top spill area 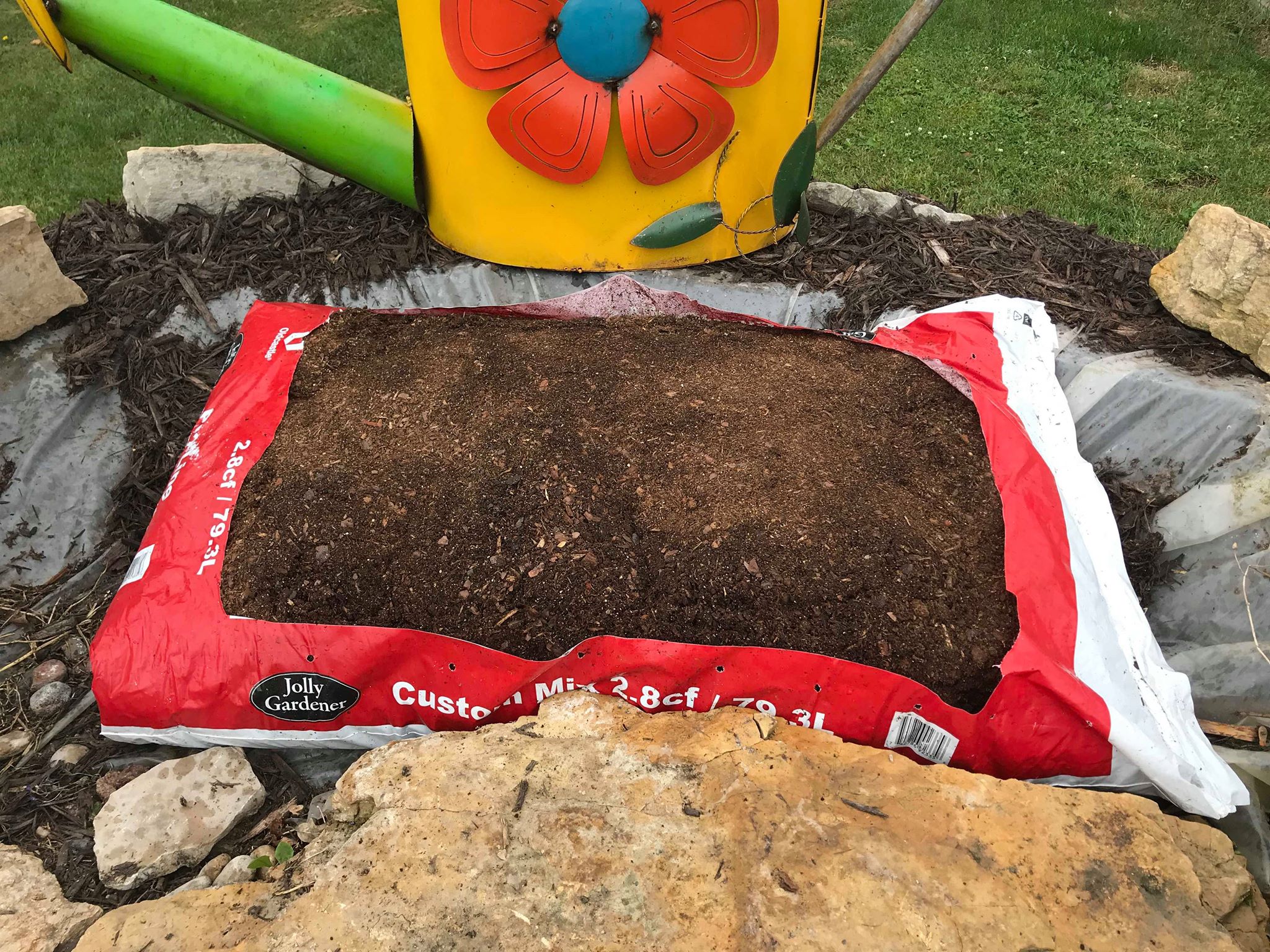 Slice and remove the top of the bag of potting soil 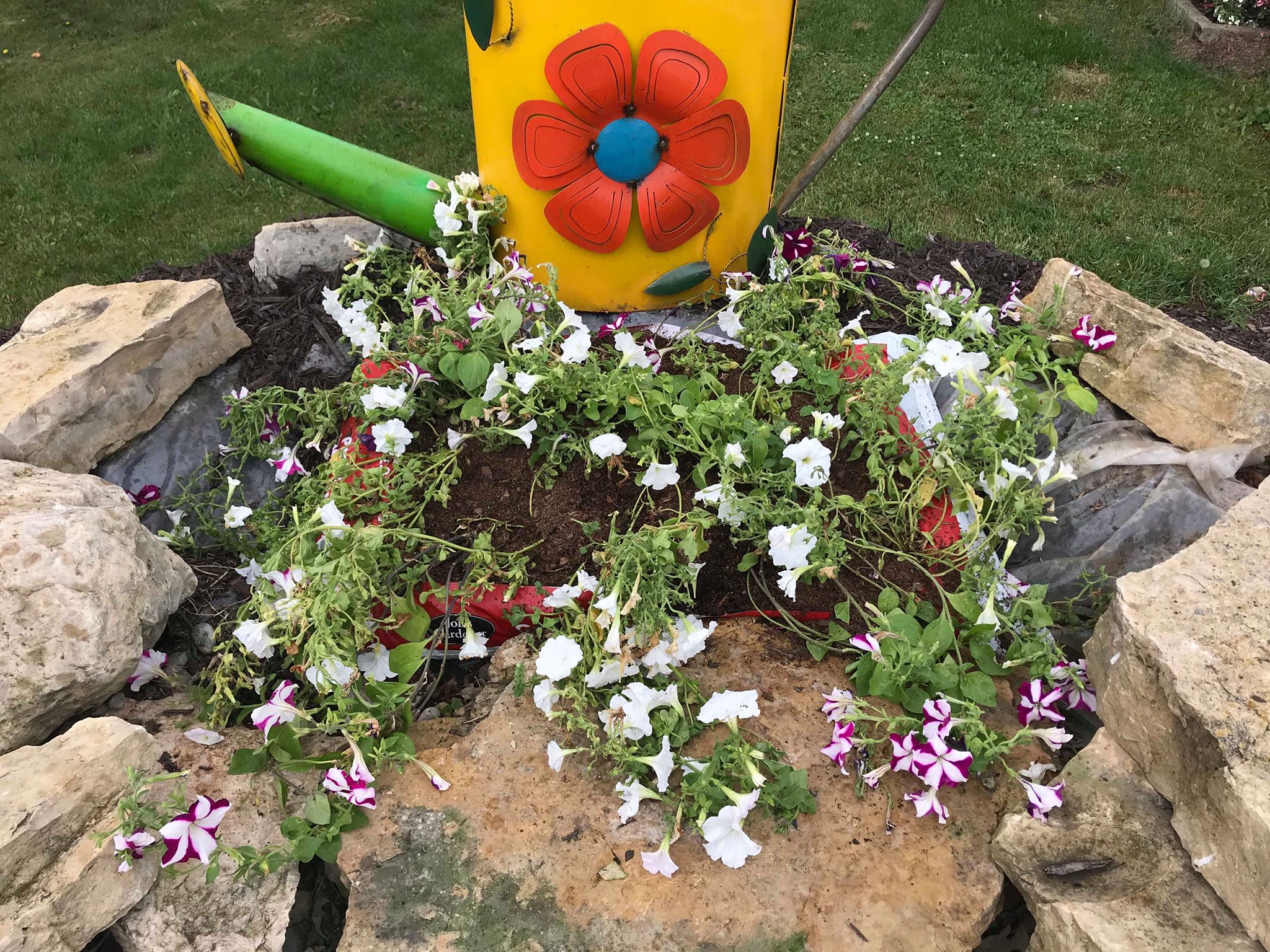 Plant directly in the soil, we used Easy Wave petunias for ours, don't worry if they are leggy 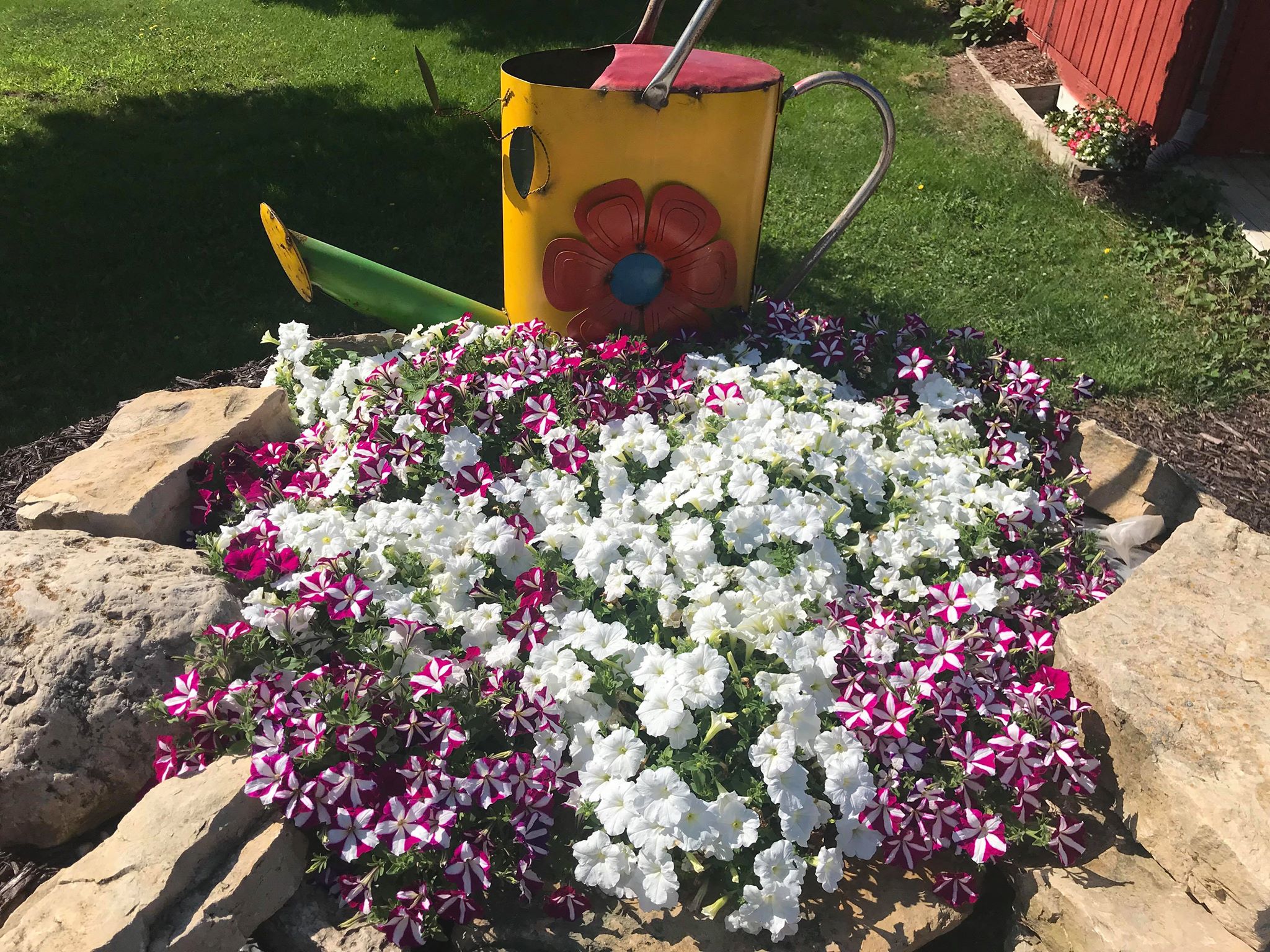 A few weeks of growth, water and fertilize and the petunias have filled in nicely 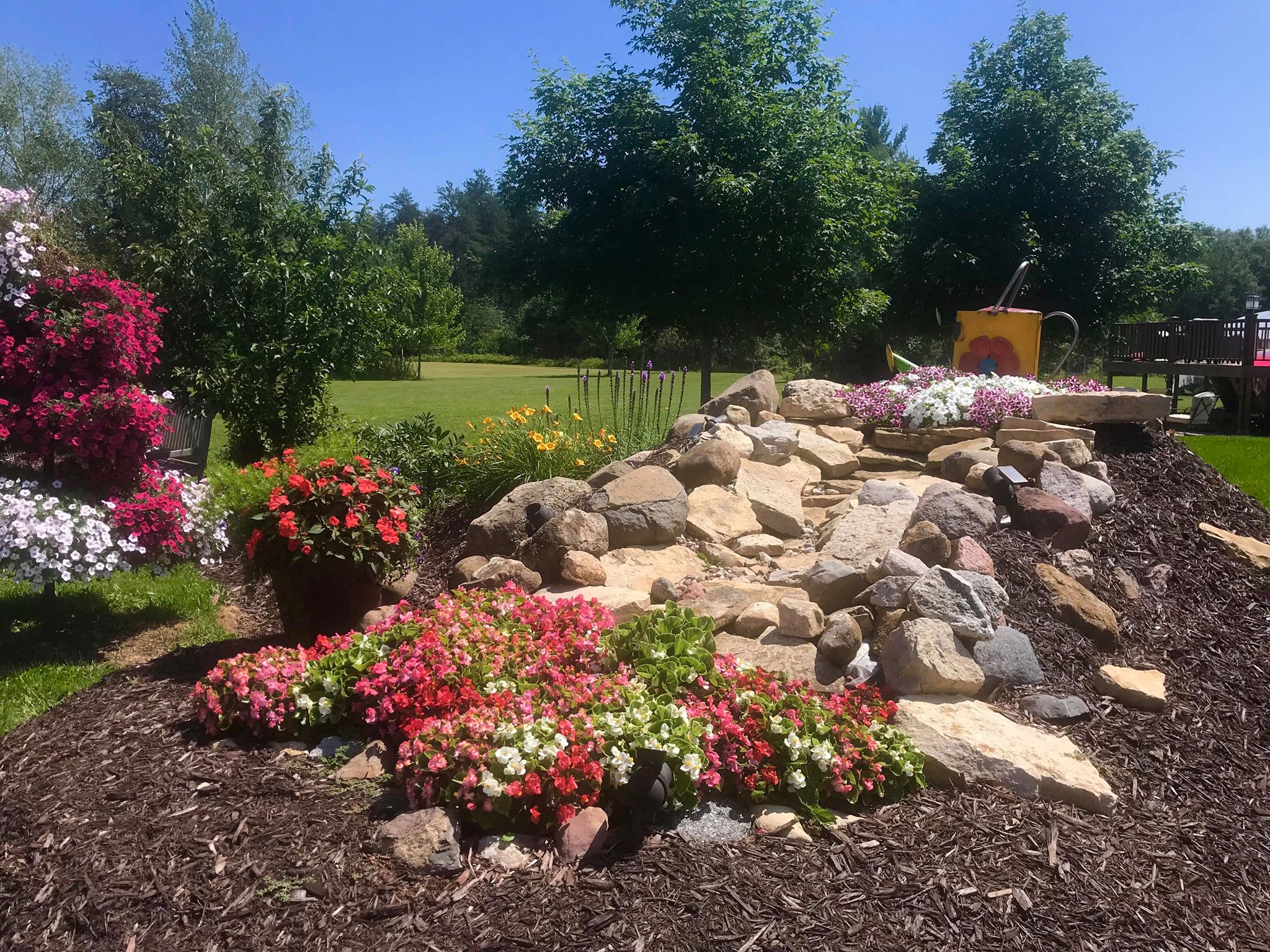 The re-finished project, petunias up top, wax begonias at the base

I think it turned out to be beautiful and it sure is a lot less work than a running water feature. The combination of natural quarry stone, mulch and flowers really add to our front yard.

For another project where we planted directly in a bag of potting soil check out our video here: 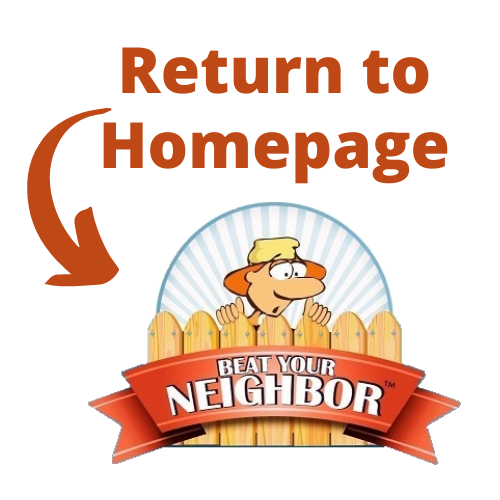